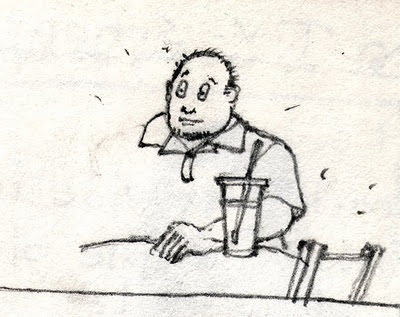 Although I never drink it. I've never acquired the taste. I do drink iced tea, though, no matter what time of year it is.
This sketch, of a patron who may have had one frozen latte too many, was done on site at a particularly famous corporate coffee shop.
Posted by Ray-Mel Cornelius at 8:31 AM 2 comments: 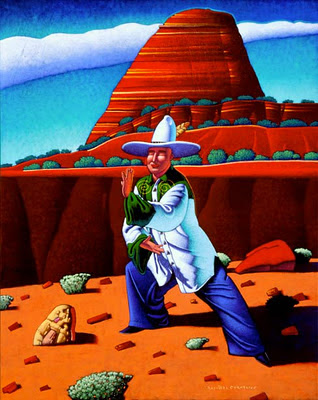 "Vortex Tour", acrylic on canvas, 30 by 24 inches.
This painting, it subject inspired by a trip to Sedona, AZ, will soon be on its way to its new home in Austin, TX. The new owners are practitioners of Tai Chi. Very "TexZen" they said. That would have been a good title, too.
Posted by Ray-Mel Cornelius at 9:54 PM No comments: 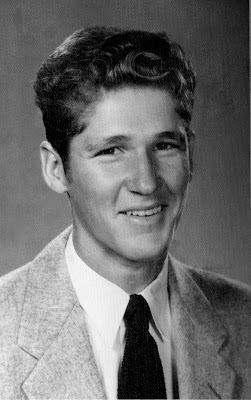 I usually use this space to talk about my professional life, although once in a while I'll veer off into a personal story. This is going to be one of those times.

I have two brothers, Derrell and James, who were teenagers when I was born. James died October 6 at the age of 74. The reason I mention this here is because James was, with the possible exception of my mother, my most enduring and enthusiastic cheerleader and loyal supporter. From the time I was aware of anything he encouraged and enjoyed my drawings, no matter how wild they were. Whenever I needed help, of any kind, or advice or compassion, or occasional kick in the ass, he would provide it without hesitation. Any suggestions he made, even bad ones, were intended to help me and to make me more successful. He never offered criticism uninvited.

I can't really list all the ways he changed and affected my own life for the better. That would require a book. My parents were lovely and well meaning people, but their interests, or at least my dad's, didn't go much beyond the farm I grew up on, or the small town environment they made their home. My brothers expanded my childhood horizons and introduced me to things and places I wouldn't have experienced until much later, if at all. Whatever I am today that's good, James was a big part of making that possible.

It's a cliche to say someone "loved life", but if such a description applies to anybody, James is the one. Although that life handed him some difficulties which were understandably disillusioning, particularly to a person who mostly saw and expected the best from people, he never let cynicism or bitterness define who he was. If you wanted or needed a friend, there was none better. He was generous and warm and witty. He loved children, and could make any kid laugh with expert silliness. I'm don't think there was a sound he liked to hear more than that of a kid laughing.

He showed great compassion to everyone in almost any situation. In the last few years he experienced the early stages of Alzheimer's disease. From the point of his diagnosis he volunteered for a study that used experimental drugs to treat the condition, in the hopes of finding a treatment or even a cure. There are risks in such a program, but he jumped into it with enthusiasm, and not just for how it might help him. His main focus was in helping other people, future Alzheimer's patients for whom successful tested medications could make a positive difference. His doctors suspect one of the medication's side effects contributed to the weakening of the main artery carrying blood to his brain, and could have been the cause of the kind of aneurism that ended his life. He may have sacrificed his own life to help people he would never know. That's the definition of a hero. But he was always a hero to me.
Posted by Ray-Mel Cornelius at 9:24 AM 11 comments: 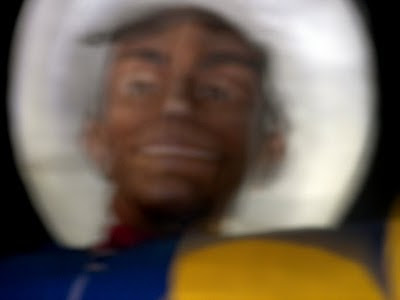 Posted by Ray-Mel Cornelius at 8:45 AM No comments: