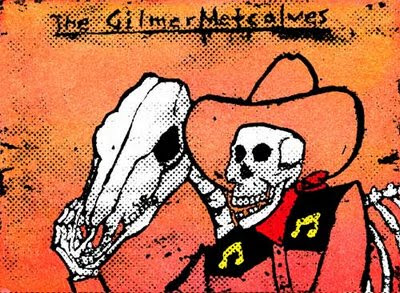 I'm told this piece, for a special Day of the Dead (a Mexican holiday) concert by my good friends, The GilmerMetcalves, who have a busy blog of their own, has been chosen to appear on a web site to be launched in November, 2009, called "Tribute". It's the web version of an annual juried show which includes an actual book, but I won't be in the book, only on the web site. Obviously I'll revisit this and link to it when it's launched next Fall.
There were 8100 entries, with 583 getting enough votes from the jury to at least make the web site. American Illustration is the name of the book and company which publishes it.
Both the site and the book are essentially catalogs of the juried competition. I was in the book itself in the 1983 edition, American Illustration 3. Sometimes it's a long time between successes, at whatever level.
Posted by Ray-Mel Cornelius at 6:30 PM 1 comment: 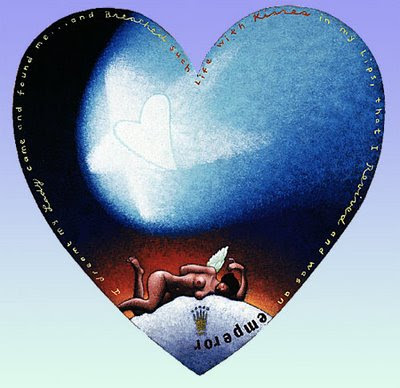 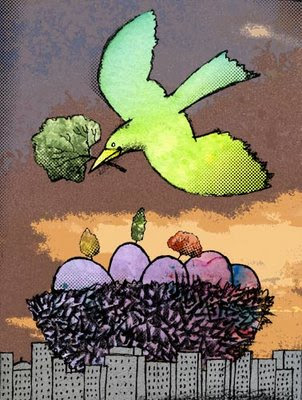 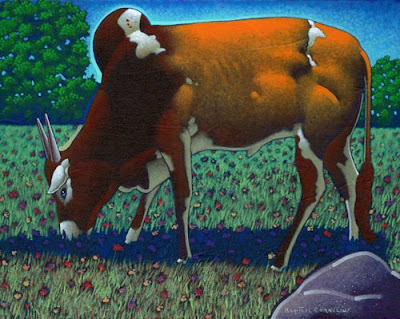 This is an acrylic on canvas portrait of Mini Takka, a prize winning minature Zebu owned (painting and animal) by Fancher Love Ranch, in North Texas.
Posted by Ray-Mel Cornelius at 11:17 AM No comments: 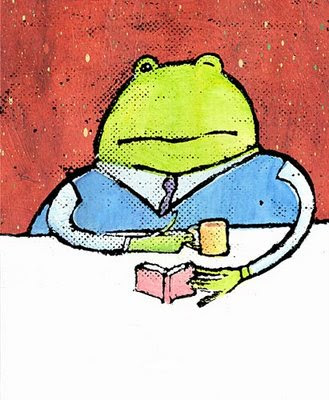 If frogs could read books, what would they think of us? If they could write books, I think they would be all about the pleasures of a good long rain and the piquant juiciness of a fat bug. Unfortunately, both are an impossibility and a loss for both species.
Posted by Ray-Mel Cornelius at 8:16 AM 5 comments:

April 4 and 5 I set up in the courtyard at Monte Wade Fine Arts Gallery in San Antonio, Texas and painted roosters. The Riverwalk's La Villlita Arts Festival was happening at the same time. Sage Gibson, who paints colorful abstract flags and letterforms reminiscent of a collision of Jasper Johns and Peter Max, was also working on site and was a great and fun companion. 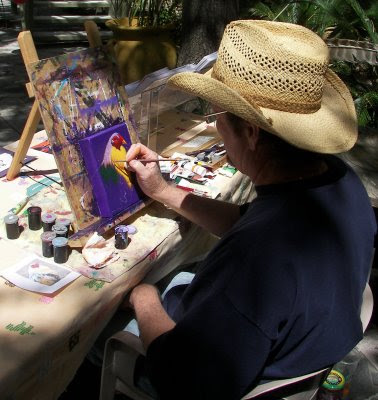 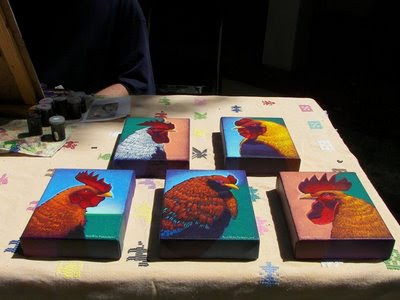 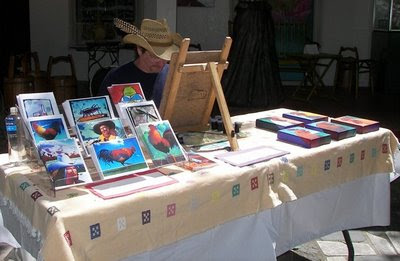 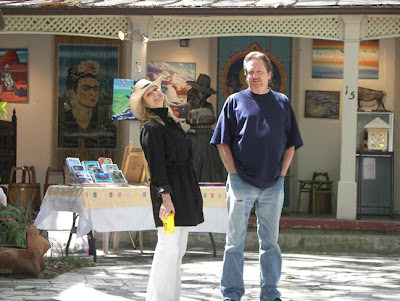 Posted by Ray-Mel Cornelius at 8:54 AM No comments: 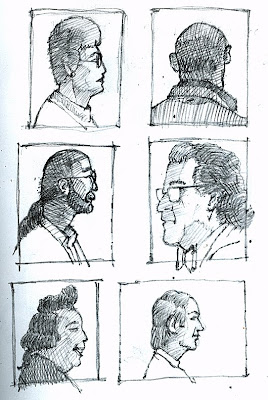 Few things are more "fleeting" than a glimpse of someone you don't and never will know. Here are a few of those people, caught on a page in my sketchbook.
Posted by Ray-Mel Cornelius at 7:05 AM No comments: 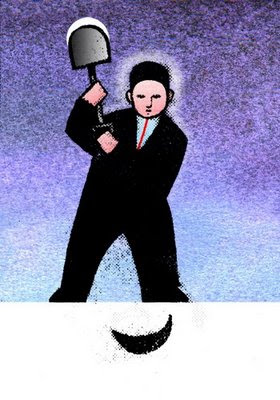 A couple of weeks ago I posted the sketch for this piece as an "Illustration Friday" contribution. Here's the finished version.
Posted by Ray-Mel Cornelius at 11:48 AM No comments: 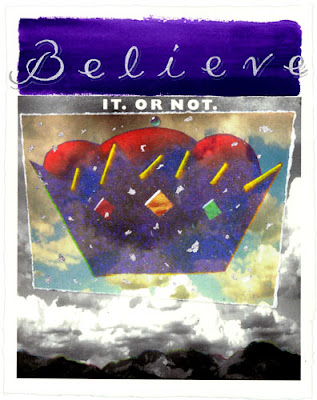 Illustration Friday's topic this week is defined as
"1. a stone, ring, or other object, engraved with figures or characters supposed to possess occult powers and worn as an amulet or charm.
2. any amulet or charm.
3. anything whose presence exercises a remarkable or powerful influence on human feelings or actions."
This piece was created to address freedom of, or from, religion.
Posted by Ray-Mel Cornelius at 6:32 AM 1 comment: 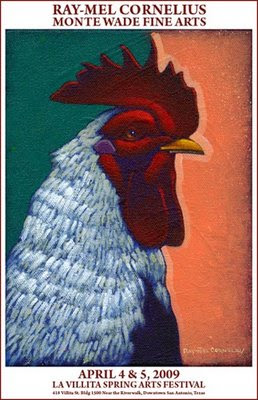 I'll be working on paintings on site in the courtyard of Monte Wade Fine Arts Gallery April 4 and 5 in conjunction with the 2009 La
Villita Spring Arts Festival. It's near the Riverwalk in downtown San Antonio, Texas.
Posted by Ray-Mel Cornelius at 1:37 PM No comments: