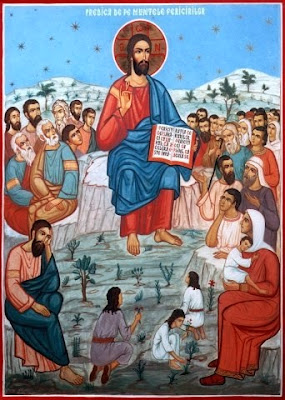 I hate the word "lecture" used in the context of talking and showing my work to a group, but that's the official parlance, I guess. In any case, I presented one to the University of Hartford Masters students who were in Fort Worth last week. I joined them last Friday. I don't have any photos of my appearance, so I substituted the Medieval one above.

The class, taught by legendary veteran illustrator Murray Tinkelman, began to come to Fort Worth in the 1980s as a part of the program's travel to various locations meeting, hearing and looking at the work of artists in the area. The Fort Worth leg originated when the late Don Ivan Punchatz taught illustration at TCU, located in Fort Worth. They come through every two years. I've addressed them every trip since 1988, except, for some reason unknown to me, last time in 2012. But this year I was back.

Below are some of the images I showed them in reference to my background and my inspirations as a kid. 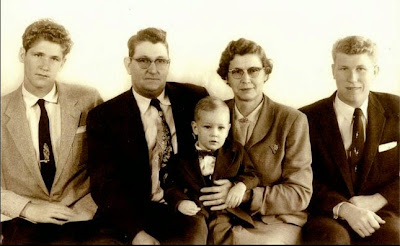 This is me in the middle with my family. My brothers were teenagers when I was born and out of the house before I really was aware of much. This made me essentially an only child, an important factor in my development as, well, anything. 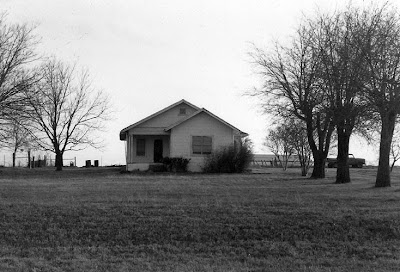 This is the house I grew up in, at least until I was about 12 years old. Another house was moved to the location to the right in this image, where we lived the rest of the time. I left upon graduating from college.
It wasn't really as "Grapes of Wrath" bleak as it appears here, but it made the hopefully funny point about "how it did look" compared to "how I saw it", for which I used the image below. 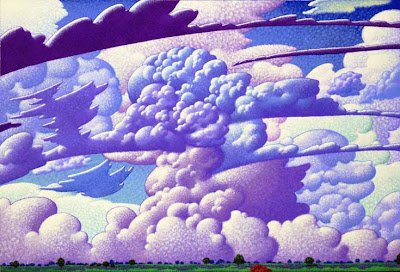 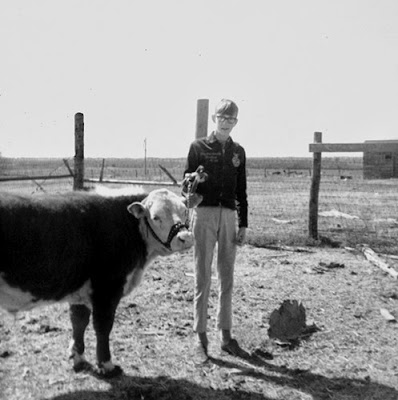 With this image I made the point about not being particularly enamored with the farming/ranching lifestyle and the duties, I guess, of being a farmer's son. It's the 14 year old me with my first show calf. As you can probably see, neither of us are particularly thrilled with the situation. 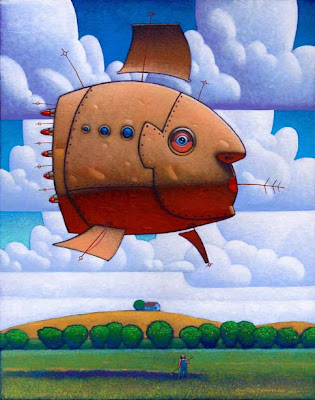 This one I used to illustrate what I was usually doing instead of whatever pointless (to me) farm chore I was assigned. I think the experiences helped developed my imagination. I doubt that was the intended result my father was hoping for, but that's the danger of unintended consequences.
The image below I used to show my "fish out of water" feeling as a kid; imagining that I was left by aliens on my parents' doorstep. 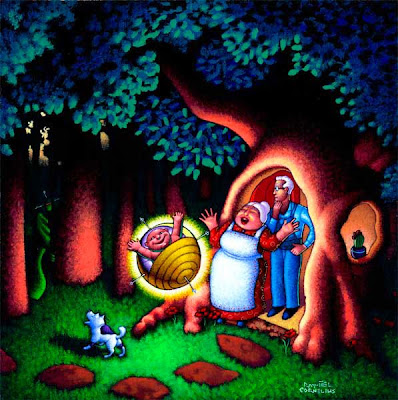 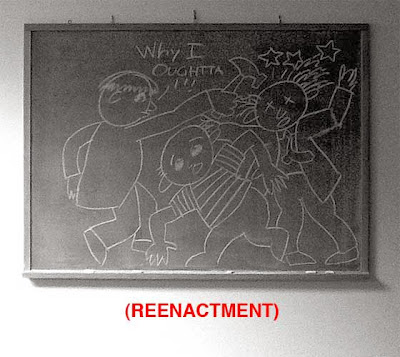 My mom, being very indulgent, installed a small blackboard on the kitchen wall for me to draw my versions of the Three Stooges and other childhood obsessions. I don't have any photos of that, unfortunately, so I recreated what it looked like for this slide.

From there I went into my inspirations as a child, the books, cartoons, newspaper comics, comic book artists and paperback book covers that were the first art, which was media art, that I was aware of. Since galleries and museums weren't a part of my young experience, these were the things that showed me a living, a lifestyle really, could be made in drawing and "coloring" as I called it then.
They show my favorite children's books, Dr. Goat and Fuzzy Dan. Cartoons were mesmerizing to me, with Mighty Mouse being an especially affectionate memory. 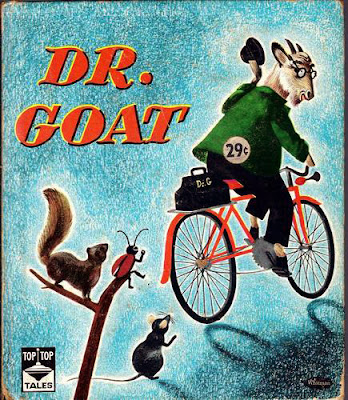 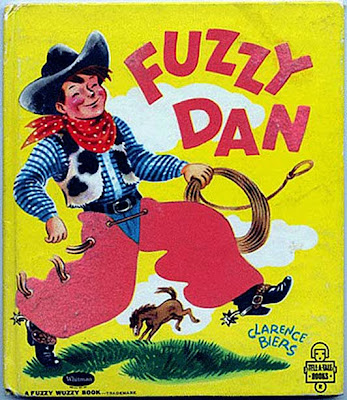 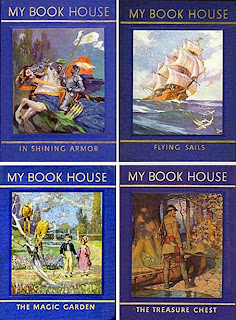 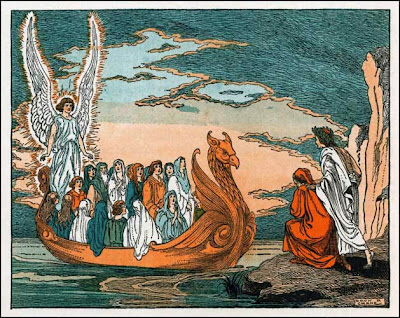 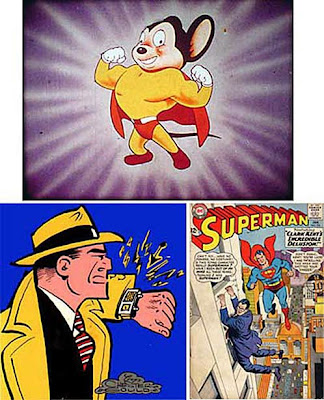 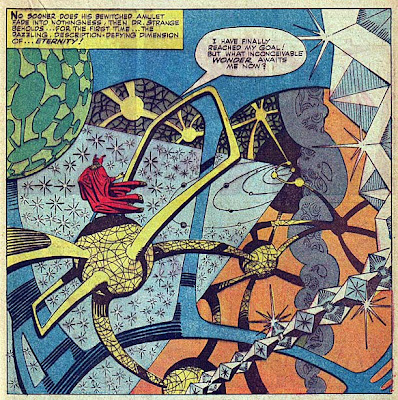 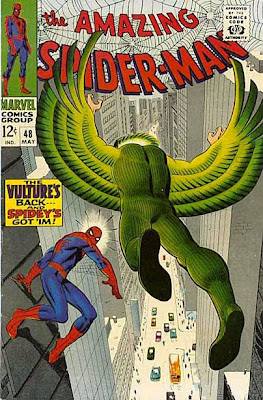 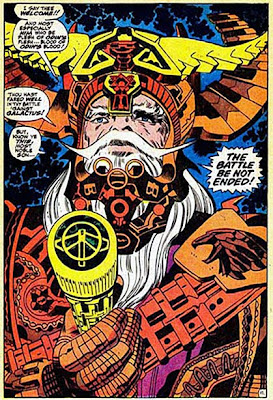 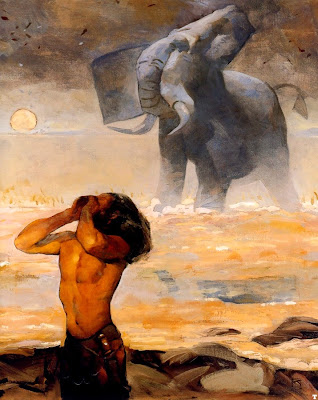 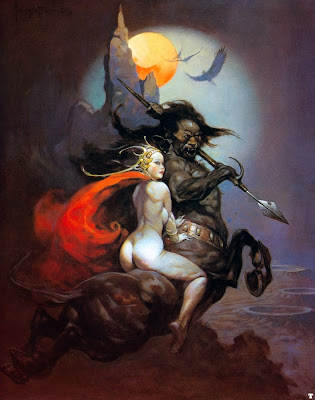 Comic artists like Chester Gould, Curt Swan, Steve Ditko, the elder Johnny Romita, and Jack Kirby, as well as science fiction and fantasy paperback covers by Jeffrey Jones and Frank Frazetta, ruled my early world. I wouldn't say they were supplanted later by the underground "comix" artists, like favorites Victor Moscoso and Rick Griffin, but those had an entirely different influence on me. Their work is pictured side by side below. 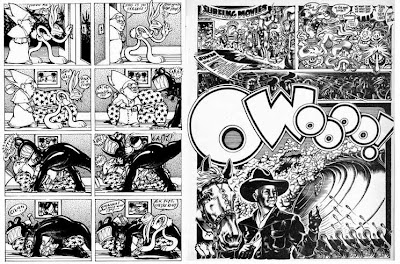 The rest of the presentation was made up of some of my work over the past thirty-seven years.

Thanks to Murray for inviting me and to the MFA candidates for being interested in what I'm doing.
Posted by Ray-Mel Cornelius at 2:34 PM 4 comments:

AcrylicWorks - The Best of Acrylic Painting: Ideas and Techniques for Today's Artists is a new book just released by North Light Books that features acrylic paintings.
Amazon.com describes it this way:

"A tribute to the expressiveness of today's artists and the incredible versatility of the medium, AcrylicWorks features 126 contemporary masterpieces. This stunning collection covers a wide range of styles and subjects from intimate portraits and ultra-realistic wildlife paintings to sweeping landscapes and bold abstracts. Captions reveal the unique creative story behind each piece and offer tips and techniques from top acrylic artists.

Arguably no other medium offers such a breadth of creative opportunities, from transparent veils of color to juicy impasto strokes. Acrylics allow artists the freedom to move from layer to layer quickly and intuitively, without waiting for paint to dry...or, when used with additives, time to work the paint for wet-into-wet applications. Combined with colored pencil, oil, collage, gels, pastes, and a wealth of other complementary mediums, the opportunities for texture and experimentation are endless. The results--as you'll see inside--are diverse, original and unabashedly acrylic."

So anyway, "A Magpie This Fall" is included. Here's the spread from the book. 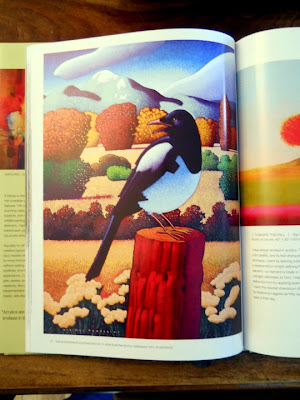 Posted by Ray-Mel Cornelius at 9:45 PM No comments:

I have a paintings and drawings show, as yet untitled, in Taos at Copper Moon Gallery opening May 24th and continuing through July 4th weekend. I'm sending these to the show this week. More to come. 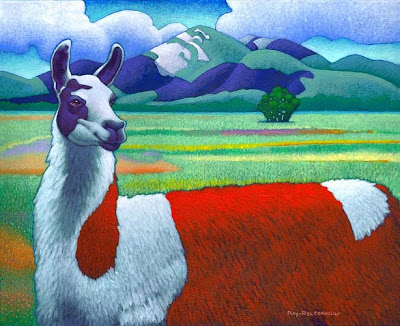 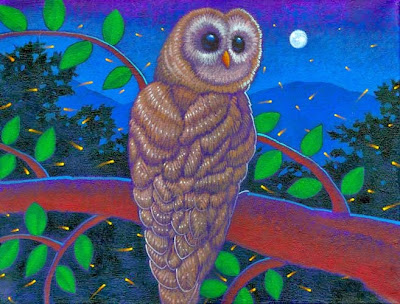 "Spotted Owl with Fireflies" 12 by 16 inches acrylic on canvas. 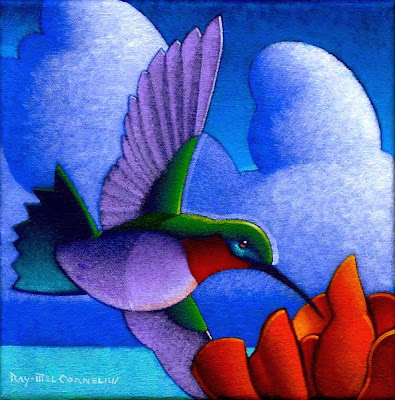 "Hummingbird with Clouds" 8 by 8 inches acrylic on canvas. 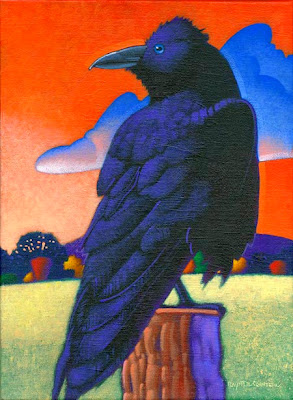 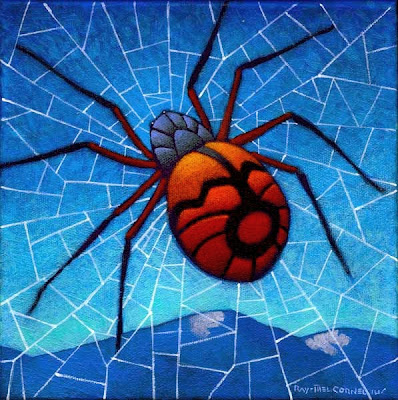 "The Grandmother Spider" 8 by 8 inches acrylic on canvas.
Posted by Ray-Mel Cornelius at 3:53 PM No comments:

I'm part of the "Art of Texas" section in the March 2014 Southwest Art magazine. Here are the opening pages. It pays to have a name whose spelling starts with one of the first few letters of the alphabet, at least in an alphabetical order situation. 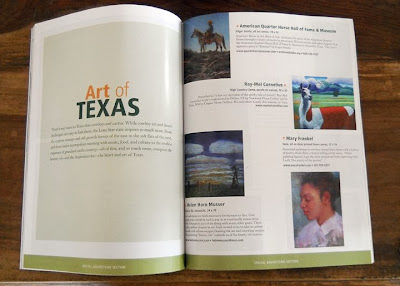 Although I've painted a lot of Texas landscapes, the piece shown in the story represents a New Mexico subject. Nevertheless, I think my Texas bona fides are pretty sound. I've lived here all but one of my years. Other examples of landscapes, from all over, can be seen here.
Posted by Ray-Mel Cornelius at 10:04 AM No comments: